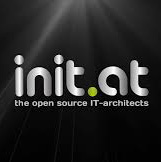 The NOMAD repository supports the VASP code and its users: NOMAD offers uploading, downloading, sharing, assigning DOIs, and more. Storing is guaranteed for at least 10 years, a requirement set by several funding agencies.

P4Vasp is visualisation suite for VASP written by Orest Dubay. It contains an extensible GUI framework, that can be used to view material structure, density of states, band-structure and more.

vaspview is a scientific visualization package for examining output files generated by VASP. It displays iso-surfaces and slices of a three-dimensional data set, along with the atoms that make up the molecule the calculations were performed for, and allows symbolic bonds to be inserted between them.

XcrysDen is a crystalline and molecular structure visualisation program, which aims at display of isosurfaces and contours, which can be superimposed on crystalline structures and interactively rotated and manipulated. It can run on most UNIX platforms, without any special hardware requirements. If you’d like to use XcrysDen to visualize VASP output, then you’ll probably want to check out v2xsf: a command line tool that converts structural output data generated by VASP (crystal structure, charge density, electron localization function, and local potential) to a format that can be read by XCrysDen.

VESTA (Visualization for Electronical and Strucural Analysis) is a 3D visualization program for structural models, volumetric data such as electron/nuclear densities, and crystal morphologies.

JMOL an open-source Java viewer for chemical structures in 3D. It is cross-platform, running on Windows, Mac OS X, and Linux/Unix systems.

J-ICE (Jmol Interface for Crystallographic and Electronic properties), allows users to visualize, build and manipulate complex input or output results (derived from modelling) entirely via a web server, i.e., without the burden of installing complex packages.

The USPEX code (Universal Structure Prediction: Evolutionary Xtallography) can be used to predict stable crystal structures at given P-T conditions, knowing only the chemical composition (or to predict both the stable compositions and structures, given the element types). USPEX can also be used for finding low-energy metastable phases, as well as stable structures of nanoparticles, surface reconstructions, molecular packings in organic crystals, and for searching for materials with desired physical (mechanical, electronic) properties. The USPEX code is based on an efficient evolutionary algorithm developed by A.R. Oganov’s group, but also has options for using alternative methods (random sampling, metadynamics, corrected PSO algorithms). USPEX is interfaced with VASP.

Crystal structure AnaLYsis by Particle Swarm Optimization (CALYPSO) is an efficient structure prediction method (and computer software package). The approach requires only chemical compositions of given compounds to predict stable or metastable structures at certain external conditions (e.g., pressure). The CALYPSO package has been widely applied to the predict the structure of clusters, 2D layers, surface reconstructions, and 3D crystals. CALYPSO can also be used to design the multi-functional materials with desirable physical or mechanical properties (e.g., band gap or hardness). CALYPSO is interfaced with VASP. 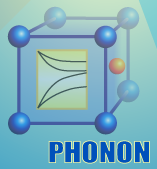 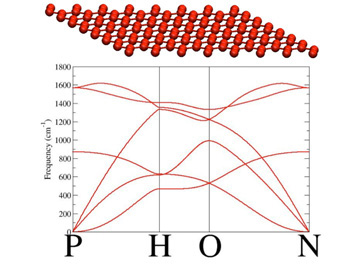 The program PHON calculates force constant matrices and phonon frequencies in crystals. From the frequencies it also calculates various thermodynamic quantities, like the Helmholtz free energy, the entropy, the specific heat and the internal energy of the harmonic crystal. The procedure is based on the small displacement method, and can be used in combination with any program capable to calculate forces on the atoms of the crystal. PHON has an interface to VASP.

The scph code implements the socalled Self Consistent Ab Initio Lattice Dynamical (SCAILD) method developed at the department of physics, Uppsala University by Petros Souvatzis. The scph program can be easily interfaced with any ab initio code of your liking. Currently, the scph-code is most easily interfaced with the VASP code.

phonopy is an open source phonon analyzer licensed under the LGPL. In principle any code that can calculate forces on atoms can be used with phonopy, but it has a built in interface to VASP.

Codes of the Henkelman group

The Henkelman group at the University of Texas at Austin maintains a suite of codes to do a variety of things: Bader analysis, molecular dynamics, kinetic Monte-Carlo, and more. Some of their stuff has to be compiled into the VASP code

WANNIER90 is tool for constructing maximally localized Wannier functions out of Bloch wave functions. As of version 5.2.12, VASP contains a full interface to WANNIER90. 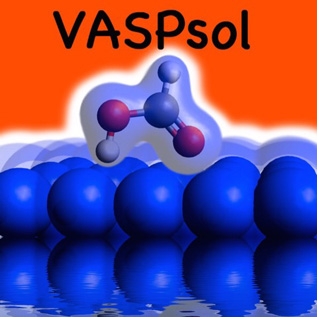 VASPsol provides support for performing solvation calculations in VASP using an implicit solvation model that describes the effect of electrostatic screening by a polar solvent and the mobile ions in solution, interface formation, and dispersion interaction between the solute and solvent. It provides a computationally efficient means to calculate the effects of solvation on large periodic systems such as metal and semiconductor surfaces and is interoperable with VASP’s standard ultrasoft pseudopotential and projector-augmented wave potential libraries.